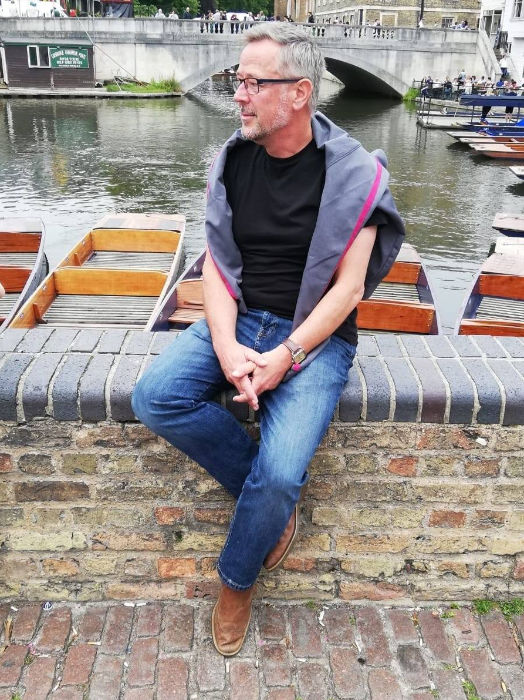 Tim always wanted to know. He was a seeker, and a questioner.
As a child he was one of those annoying kids who always asked "why?"
He grew up in a small village in The Fens in Cambridgeshire where he still lives today.
Loving sport he became a PE teacher, but secretly always wanted to dance.
One day whilst leading a group of students on a hike in Derbyshire he was walking up a rocky wooded hill.
‍
He stopped. Time stopped. Afterwards he described it as,
"I knew the rocks and trees and they knew me.
I was the rocks and trees and they were me."
That's not really how it was, but that seemed like the only way he could make sense of it.
After that 'revelation', things were never the same. His seeking was now focussed on finding an answer to what had seemed to have been revealed.
‍
He found the message of non-duality, and was bitten. There was immediate and undeniable resonance. There was absolutely no doubting that this was it! There followed many, exciting, frustrating and painful years of being a non-duality addict. He bought every book that even vaguely resonated, watched endless YouTube, promiscuously flitting from one speaker to another looking for the secret nugget that would lead to liberation. He learnt a lot. He understood a lot. It became obvious that all his knowledge and understanding were worthless, and he fell into despair.
The despair lasted, until it stopped. In its place was emptiness, peace, silence, and love, but mostly emptiness.

Of course, none of that happened.